Navi Mumbai, 29th May 2022: Kharghar’s biggest gym ForLife Fitness was launched in the presence of honorable Shri. Prashant Thakur, MLA Panvel, Shri. Manish Advilkar, Fitness icon, and Shri. Jagtish Bhai Gaikwad, district president RPI and Deputy Mayor on 29th May at Sector 35, Kharghar. ForLife not only offers a gym space but also has a huge cross-fit area which is a wonderland for cross-fit enthusiasts. Muay Thai, Kickboxing, and MMA training by professionals is an additional advantage offered by the gym. Xtreme Fight Federation has been in the business for 16 years and it is for the first time they have stepped into the Navi Mumbai market. This collaboration aims towards building a health-focused environment by providing quality equipment, professional trainers, and a large secured space.

The event started with the ribbon-cutting ceremony followed by a resplendent engagement of people with the venue. ForLife fitness team was seen celebrating the beginning of a new venture into a totally new marketplace. The journey of fitness for all the enthusiasts has officially begun. The event also witnessed a demonstration of martial arts by professionals which was appreciated with multiple rounds of applause.

On the success of the launch Shri. Manish Advilkar, Fitness Icon expressed that, “t is a great venture by ForLife Fitness and XFF towards encouraging people to become fitter. I come from a background where health is a priority and to experience such an enigmatic space in Navi Mumbai is a great feeling. It feels great to see the young generation being so creative with spaces and ideas which you will notice the moment you enter the gym. I would also like to appreciate the hard work and effort put in by the ForLife Fitness team to build up such an appealing health-centered place in Kharghar. I feel ForLife Fitness has created the space which will allow the customers to experience both mental as well as physical well-being.”

On asking Forlife Fitness team, spokesperson Mr. Adnaan Cementwala commented, “We are very happy with the kind of response we have received so far. Customers who have visited, really like the space and we are looking forward to providing them with quality training and experience. ForLife Fitness and XFF is just a small step towards encouraging people to make health their priority. Our mission is to provide a space where anyone and everyone can come and begin their journey of transformation towards a healthier lifestyle.” 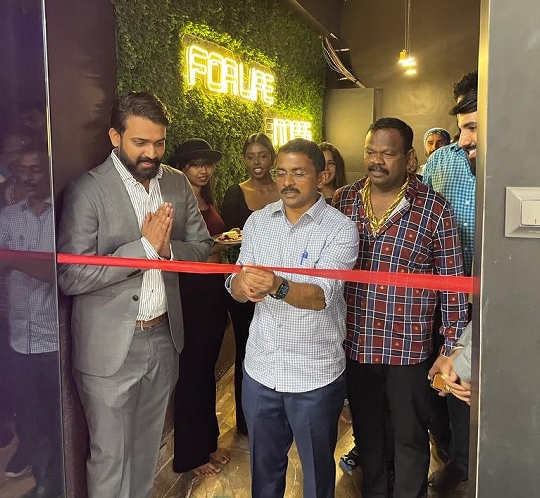 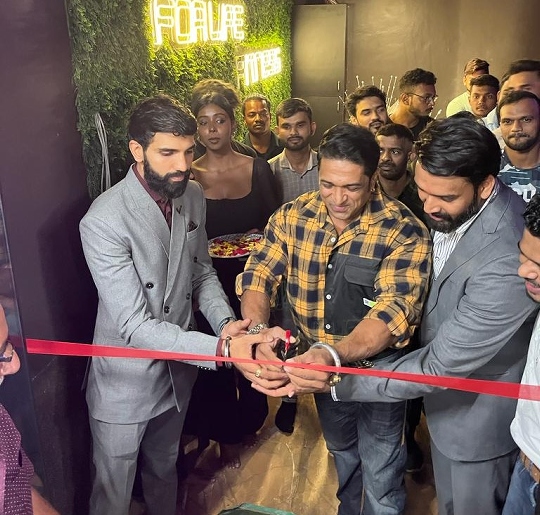 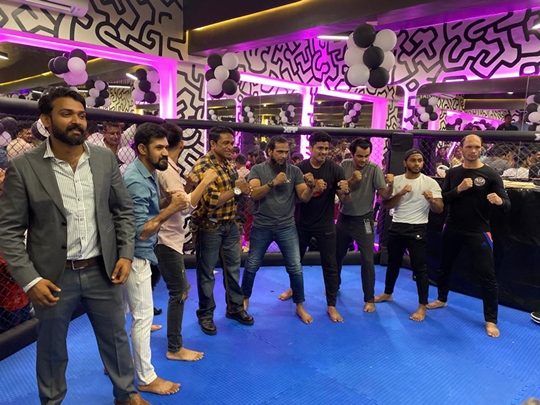 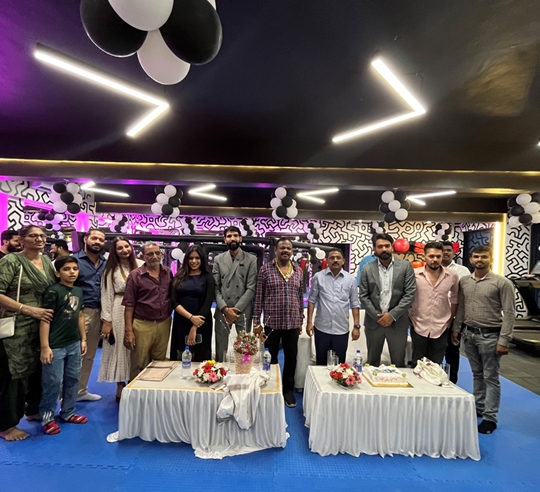 In this eternity, especially these days Paradise Kashmir is witnessing a marked climb in drug abuse and alcohol-related incidents. Youth are inclined towards evil practices, bad habits. Not just substance abuse, unhealthy eating habits are leading youth towards more health problems. Amid all these uncertain times, Kashmir is glimpsing a ray of hope in the form of a young gym trainer, Motivational Guy Imtiyaz Dar.

This dynamic trainer is all willing to train the youth free of cost. “I want to see Kashmir a drug free, alcohol free society. The new generation is full of talent, but due to unfavourable circumstances in our valley, our youth are clasped in the room of hopelessness. They need a push, and I’m sure sports and bodybuilding will help them for greater welfare, of an individual as well as society”, says Imtiyaz Dar who alongside fitness trainer is a fresh entrepreneur face, owner of the largest wooden manufacturer factory, Kash Wood, located in Narbal, Srinagar.

A few houses down the lane where Imtiyaz lives, An inspiration to International Athletes we met Adil Teli. He’s the same young talent who recently set a new record for cycling from Kashmir to Kanyakumari (3600 km) in just 8 days, 1 hour and 37 minutes. We had a brief chat with him and he praised the selfless efforts of Imtiyaz Dar helping him along during his practice Adil Teli before attempting for a world record.

Akbar Khan, one of the prominent cyclists of the country. He holds Imtiyaz Dar in high esteem, praises his efforts to see youth prosper and grow towards a new dawn. “Imtiyaz is one of those rare people who always keeps himself second. His priority is putting in some additional efforts, lend a helping hand, to the youth of his locality as well as outside locality.

Imtiyaz Dar is determined to help society come out of this drug menace and alcohol abuse. He’s all willing to help, dedicated to making a difference and through his fitness and gym training abilities. And, as an entrepreneur, he’s ready to expand his endeavours beyond his hometown, to other places in Kashmir. “The more I grow, the greater I’ll be able to create job opportunities for our youth. Raja Sarfaraz appreciated Dar for being an inspiration and An icon in this industry as Kashmir needs youth like Imtiyaz Dar, Whose vision is clear, His motive to make Kashmir Drugs free and help needy people is a remarkable effort and he must be supported for it and appreciated as well so that more youth will come together to safeguard Paradise.

The hunk with the heart of gold – Sahil Khan, actor and renowned celebrity who has been regularly working out at Gold’s Gym in Oshiwara in Andheri West in Mumbai was in for an unexpected surprise. He found out that the gym’s trainers have not been paid salaries since the last 2 months.

The glaring instance was that of Mr Sagar, a popular and most respected trainer whose employment has been terminated by the management of Gold’s Gym without any prior notice and he was further instructed not to report for work from next day onwards.

Realizing such a pathetic state of the trainers of his gym, Sahil Khan along with other sensitive and understanding members have come to the fore for defending the basic rights of these employees.

“It is these trainers who have been training even our families, with some of them serving dedicatedly since over 8 years. I feel that grave injustice is meted out to them by terminating one’s employment all of a sudden without giving any notice over and that too even after not paying them the arrears of the last 2 months salaries,” spoke Sahil Khan who was accompanied by other Gold’s Gym members to approach the Oshiwara Police Station in Andheri West.

“On being summoned, R K Saboo the Franchisee Owner of Oshiwara’s Gold’s Gym has now apologized for his misbehaviour with a female member Shivalika Oberoi and for such injustice to the trainers and also has committed to release the pending salaries of the employees,” revealed a gleaming hunk who is supporting Sahil in his cause.

“Such an embarrassing situation should have never occurred in the first instance, especially to a trainer who dedicatedly trains its clients 8-10 hours at a stretch on the floor of the gym. Don’t they have their families? These guys work so hard for supporting their family members,” the gym member added.

When the media asked Sagar, the gym-trainer about what could be the reason for such atrocious behavior he mentioned, “They pointed out that I carry an ‘Attitude’ after giving such a flimsy excuse about finding my stiff body composure while seating during their meetings which could have made them uncomfortable and probably given them a complex. Such body composure comes naturally in a trainer whose aim is to enhance body fitness of the gym members and emit positivity towards them.”

One of the member preferring anonymity said, “Sagar is such a loyal trainer that I am never anxious when my wife and kids are being trained under him. Such is the trustworthiness of this trainer who has been a victim himself.”

Another gym member who appeared on the camera had to add, “These trainers are such focused in their work that they treat their clients as their families. Such is their dedication while the job of the trainer is ONLY to stay focused on the client who is being trained, rather than buttering their senior management.”

But as they say that all is well that ends well. “It was the large heartedness of Shri R K Saboo of Gold’s Gym who announced that none of the trainers would be expelled and very soon their salary arrears are expected to be cleared,” mentioned the Gold’s Gym member who supported and accompanied Sahil Khan’s gesture for standing up against injustice.

Qudos to Sahil, the hunk with a sensitive attitude towards his gym ‘Gurudev’.

Actor and entrepreneur Sahil Khan has filed a police complaint against three people who are defaming him and posting  morphed photographs on the social media.Khan came to know about this when a morphed photograph was creating buzz on social media and that three people in which two are women and one man were making objectionable comments against him.He initially ignored it but the comments continued for several days and then he approached the police station.

The Cyber Law Expert and Sahil Khan’s Lawyer Prashant Mali said “A non bailable section 67A is applied on the alleged accused because they transmitted and published things which depict sexually explicit conduct. I also want to appeal social media users to refrain from posting such things which demean and damage anyone reputation and image.”

Actor and model Sahil Khan, who is gearing up for hosting India’s first beach body carnival titled as ‘Body Power Beach Show’ in Goa says that it will create many platforms for aspiring fitness athletes in India.

Sahil Khan was interacting with the media during the promotional photo shoot of ‘Body Power Beach Show’ in Goa. Co_powered by Buyceps.com ( your Health supplement Experts )

Body Power is all set with its CEO Nick Ortan partnered by Sam Khan for its carnival in Goa. Commenting on the shoot Nick Ortan , CEO of Body Power said, “ I’m so exuberated in organising this carnival and spreading this inspiring message of being fit. Will get to see hundreds of highly anticipated fitness entrants participating in front of gigantic fitness fans to step on the stage”.

Sahil added, “This kind of show first time taking place in India and after this show, I hope that it will create many platforms for aspiring fitness athletes.”

Talking about promotional photo shoot, Sahil said, “It was really good photo shoot. My brother Sam Khan is the director of the show.  I think he is pretty good and he is smart guy to work with. I am just happy and excited that I am working with so many beautiful and talented people.”

India’s first beach body carnival is scheduled to take place on 16th March, 2019 in Goa where national and international  fitness athletes will participate in it.