In collaboration with co-director Shraddha Srivastava and new writer Amit Chaturvedi, the writing of the film has been done.

Mumbai. Where it is the dream of every parent to make their children a doctor or a good officer by giving them a good education, there is also a society where their daughters are pushed into business like prostitution by the family. And that society is barren and fetters. Two films were announced in Mumbai by film directors Neeraj Singh and Shraddha Srivastava, both films are based on very sensitive issues, one film depicts the oppression of women in the name of tradition in the Banchhada community, while the other film is the story of religion conflict. Regarding the issue of conversion taking place in Film director duo Neeraj Singh and Shraddha Srivastava, who are in discussion about their films, have already made Bikroo Kanpur Gangster together, while now together with filmmaker Dharmendra Singh, they are making a film on these two sensitive subjects. Talking about the story of the film, the story has been written about the background of Uttar Pradesh and Neeraj Singh, Shraddha Srivastava and Amit Chaturvedi have written it after doing a lot of research. The shooting of the film Banchhra will be held in Lucknow from March 28, while after finishing the shoot of Banchhra, the team will go out to shoot Dharma Dvd. The film is being produced by JD Film Production House Pvt Ltd and Waft Studios. The co-producers are Kunal Srivastava and Amrik Singh Mann, while the film’s creative directors are Sanjeev Trigunayat, executive producer Avi Prakash Sharma, associate producer Rajkamal Singh Tarkar, cinematographers Rajkamal Gupta and Rajkiran Gupta.

Both films of film director Neeraj Singh are based on sensetive issues.

In the Banchhada community, there is a celebration on the birth of a girl child, while no special interest is shown on the birth of a boy. Where every community has its own special ancestral work, the girls of Banchhada community are still forced to do prostitution. Film writer and director Neeraj Singh and Shraddha Srivastava is writing and directing a film named Banchhada- journey of a prostitute about this business of prostitution, which is running in the name of false practice in the Banchhada society. Neeraj Singh told that he is working on two films together. Film director Neeraj Singh said that the story of both his films is based on sensitive subjects, one exposes the prostitution taking place in the name of tradition, while the other film, whose name is Conversion, shows the religious conversion taking place in the world. The film shows how religious conversions are taking place globally. There are many states in India itself where people of different community incite to convert to another community saying that they are not safe in their religion.

Film director Neeraj Singh said that he has co-written the story of the film with his co-writer and director Shraddha Srivastava, while the film is being produced by Neeraj Singh and Dharmendra Singh himself, with Rajkamal Singh Tarkar co-producer of Banchhada. Neeraj Singh is known for making films on sensitive subjects, before this he directed Bikru Kanpur Gangster which was based on the life of gangster Vikas Dubey. He had to face many threats for the film Vikas Dubey. Nimai Bali, Mithilesh Chaturvedi and Javed Haider are in the lead roles in the film Banchhada, while the casting for the conversion is still going on. Banchhada – Journey of a Prostitute is being produced by JD Films Production House Pvt Ltd and Waft Studios , whereas the Dharm Dwand  itself will be produced by Neeraj Singh’s home production house Waft Studios. 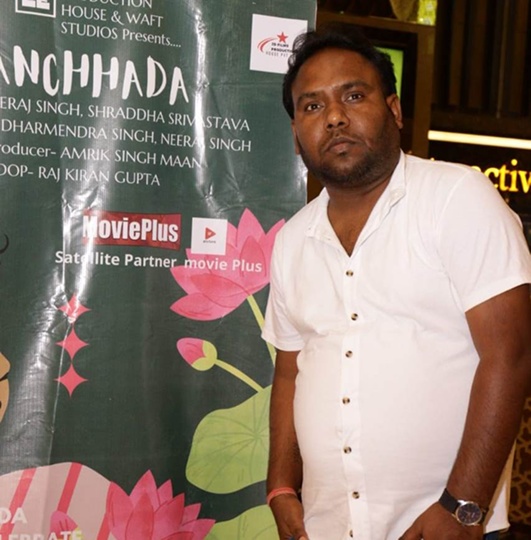 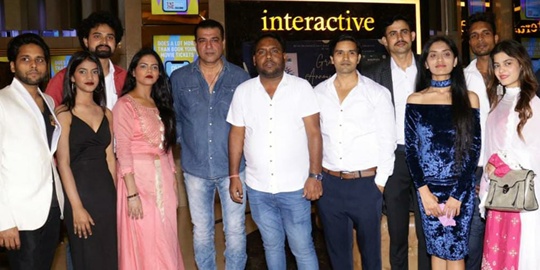 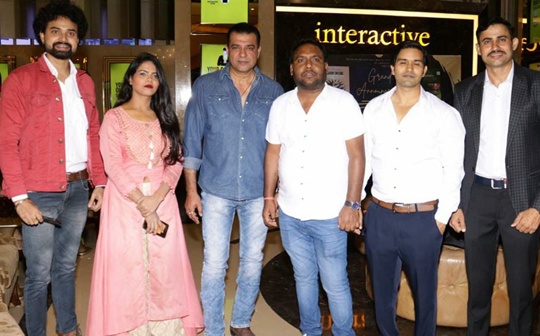 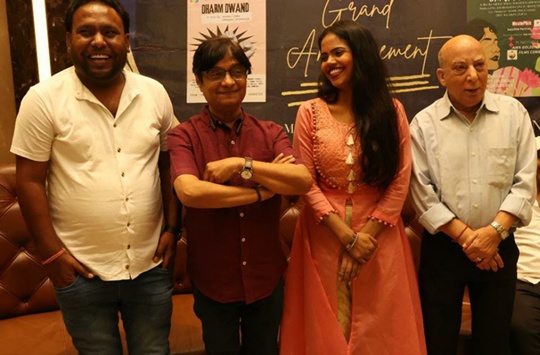 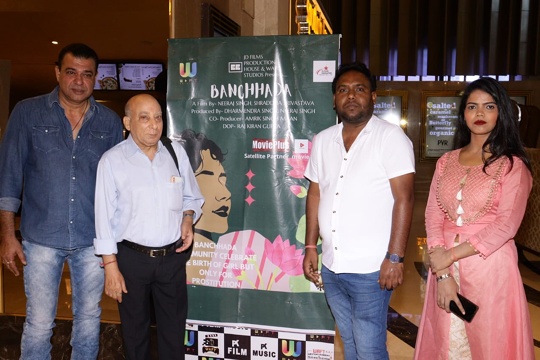 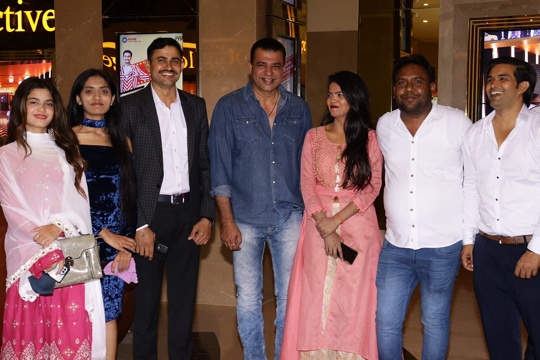 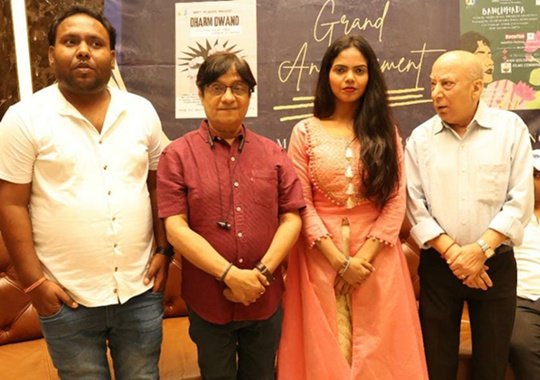 Filmmaker Aparana S Hosing took the social media on Wednesday to release first look poster of his film ‘Kaanbhatt’. The poster of Kaanbhatt had a surprise element as the lead actor Bhavya Shinde stunned everyone with his look.

Acclaimed Producer Aparana S Hosing, who has been working in Bollywood from last 9 years and was the Producer for films like ‘Jeena Hai Toh Thok Daal’, ‘Uttpattang’ and ‘Dassehra’ (Staring Neil Nitin Mukesh), will be debuting as a director with this Marathi movie. Mrs. Hosing says, “The Marathi cinema is setting new benchmarks. This film talks and portrays a story of a young boy about his dream and desire but destiny has something else for him for which he went on a different path. The story depict relationship between Ved and Science. This is style of film”.

The film is all set to release in theatres in 2019. The film shot at Bhor Rajwada, Mumbai and Uttrakhand. The beautiful music done by Rahul Ranade, lyrics by Guru Thakur. Film DOP is Arun Varma.

From event management to producing films, Shahroz Ali Khan, the associate producer of Big Bat Films is all set to conquer the Bollywood. The charismatic young Ali has finished some films, which are due to release this year.

Shahroz Ali Khan was born in a small town of sambhal moradabad India on 13th August 1988 . His father was a police officer, he used to be transfarred so he had to change his school. After 12th he shifted to Mumbai and started working here along with further studies. He joined the Country Club Mumbai and with his hard work he went to Dubai in Country Club and worked for quite a long time and did many international events and won many awards.

Now Shahroz Ali Khan is working with Ravinder Jeet Darya at the post of associate producer in his production house Big Bat films. He has done so many music videos and completed some movies which will be release in the same year.

Shahroz Ali Khan is a good friend of Parineeti Chopra aur Priyanka Chopra’s family. He has visited 75 countries around the globe and now he is a well known name in hindi cinema. His father’s name is Azam ali khan, brother’s name is Imran ali khan and he has a sister called Shaila khan.

Talking about his journey from managing the events to creating stories for bollywood, Ali said, “I started with event management, did great things in Dubai. I managed events, celebrities and now I am ready with my movies, which is due release soon.

Shahroz Ali Khan has also interest in music videos, he said, “It is not just about movies, we want to establish our production house.   We are coming out with some music videos. We want to produce good content, which has never seen before”